More Than Just the Basics: GIS Mapping Within the Mobile Impact Platform

A few months ago, I introduced the GIS mapping feature that was released in version 12 of the Mobile Impact Platform. Now, I want to take the time to revisit this feature and show something that is more feature rich than just the basics.

Don't forget to check out our video for a deep dive into mapping within the mobile impact platform. 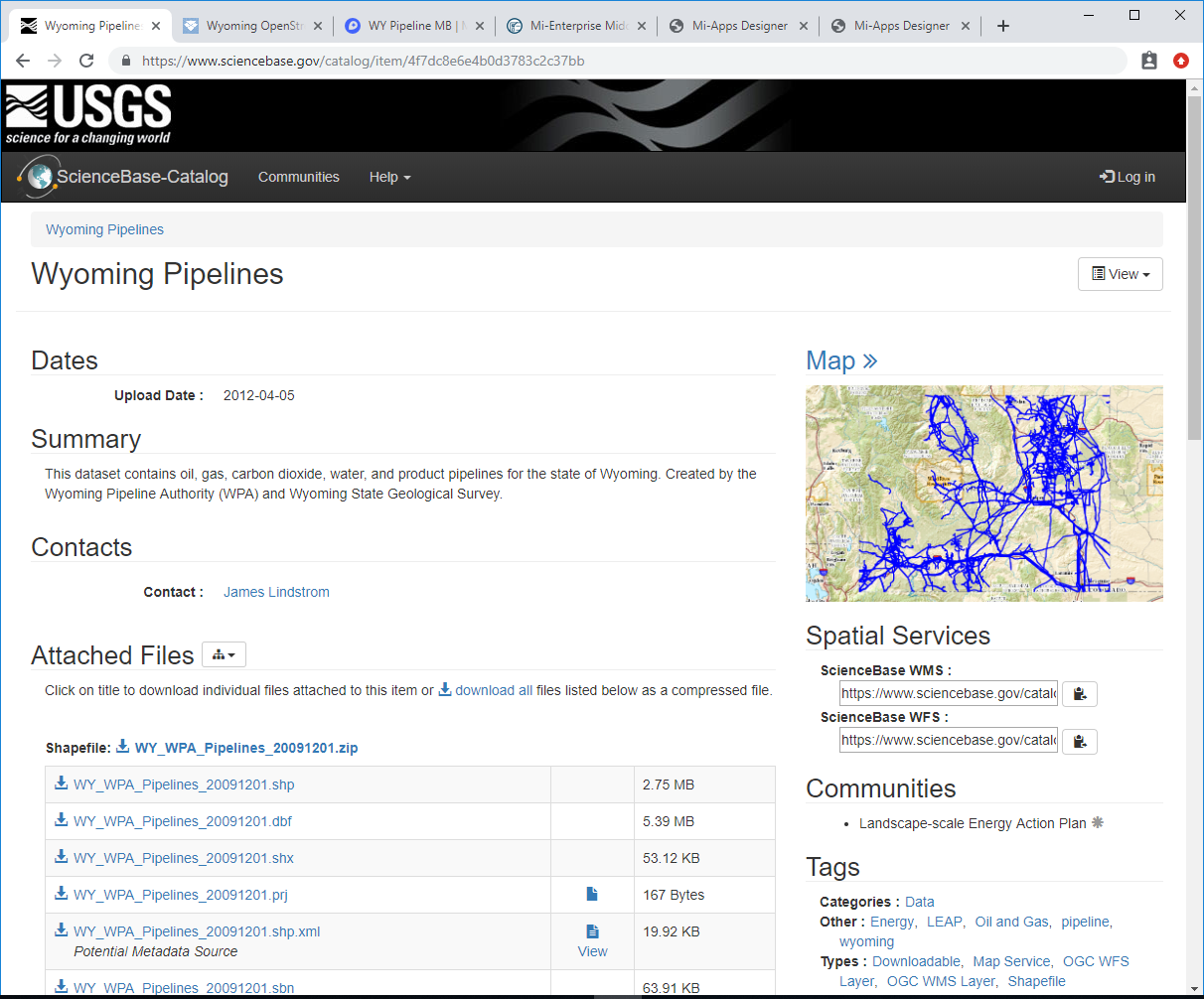 By downloading the Shapefile linked on that page, I have a data set that’s ready to bring into the Mobile Impact Platform.

I will need a base map as well though, so we’ll visit OpenMapTile.com to download a map of Wyoming as shown below and available here: 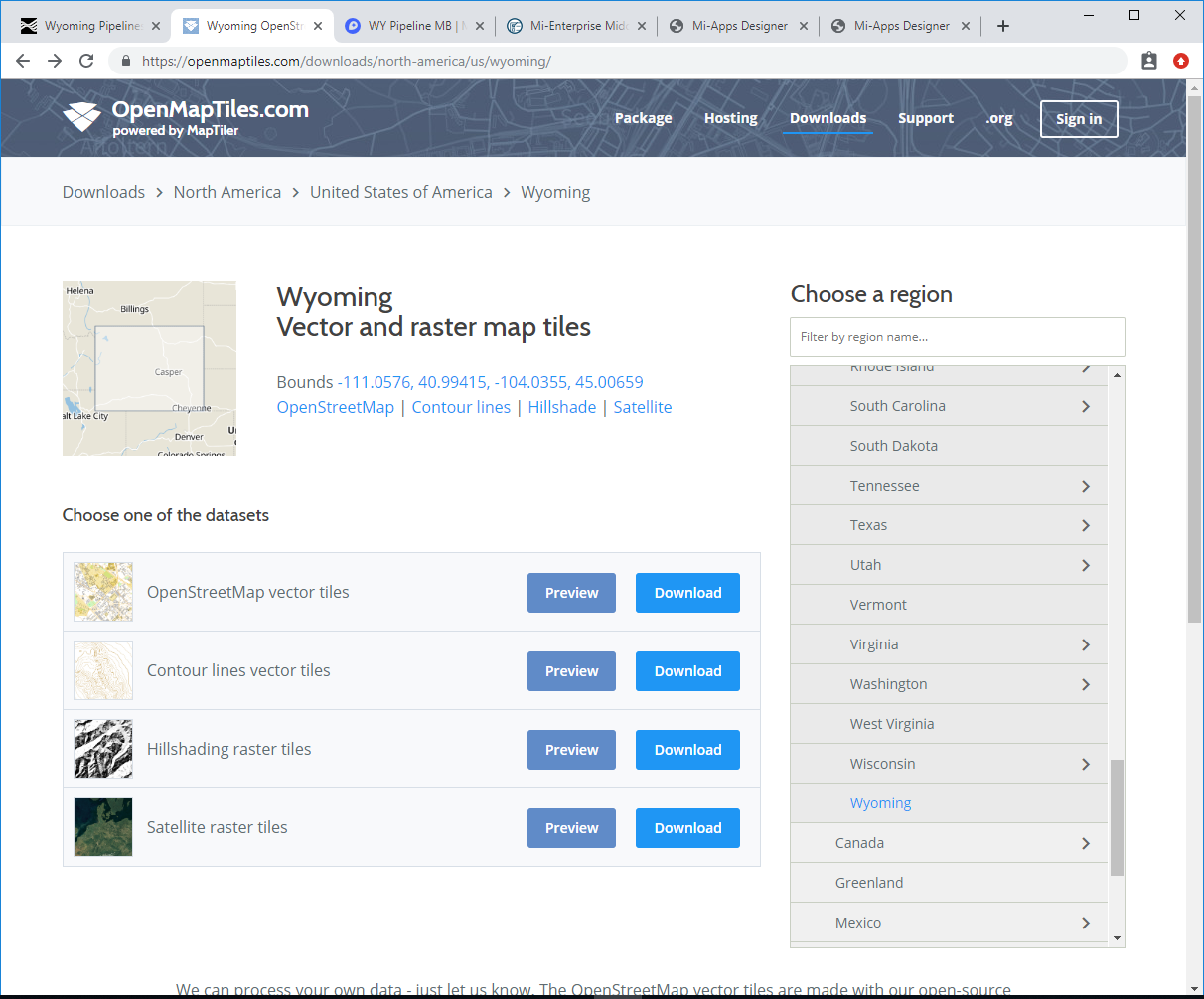 After a small amount of conversion, I’m able to upload these files to a styling tool, in this case Mapbox Studio, where I can refine the map styles that will be used when my map is used within the platform. The screen below shows an example styling of the pipeline layer: 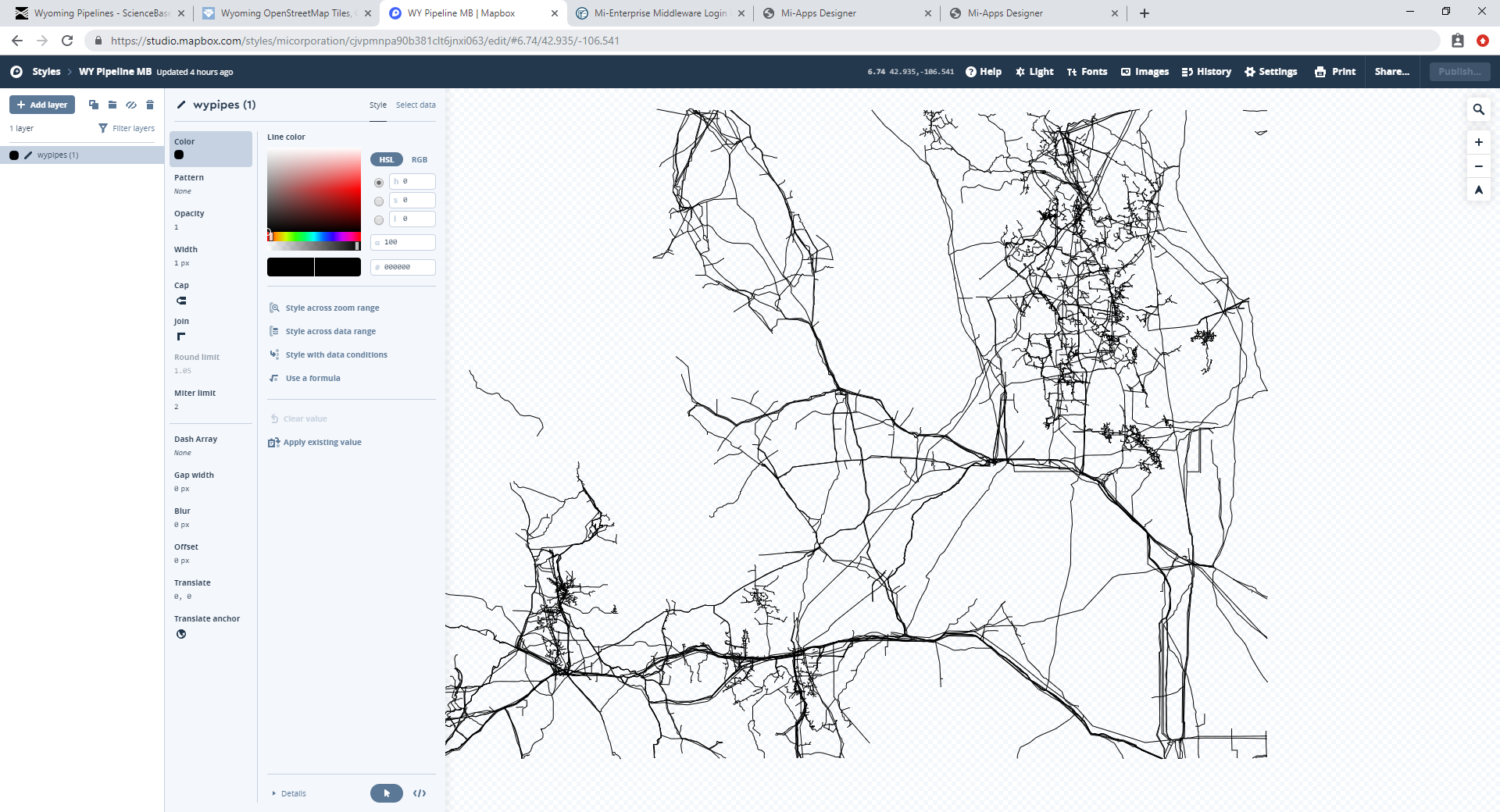 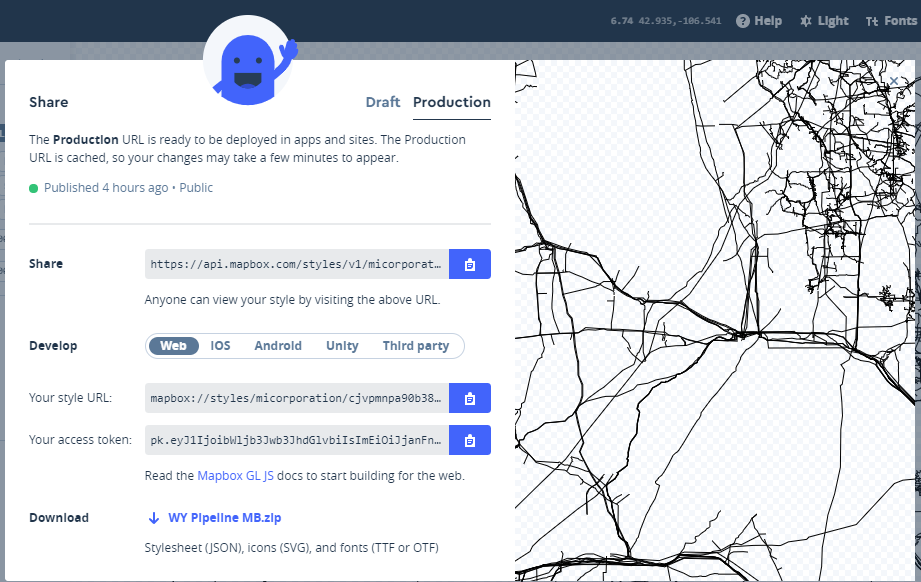 Then, I published it to the Mi-Enterprise Middleware. Note that when provisioning the map on the Middleware we’re able to provide both online and offline resources. This is key because we want to be able to use these maps within Mi-Apps while in a disconnected environment. We can also define which groups have permission to be able to interact with the map: 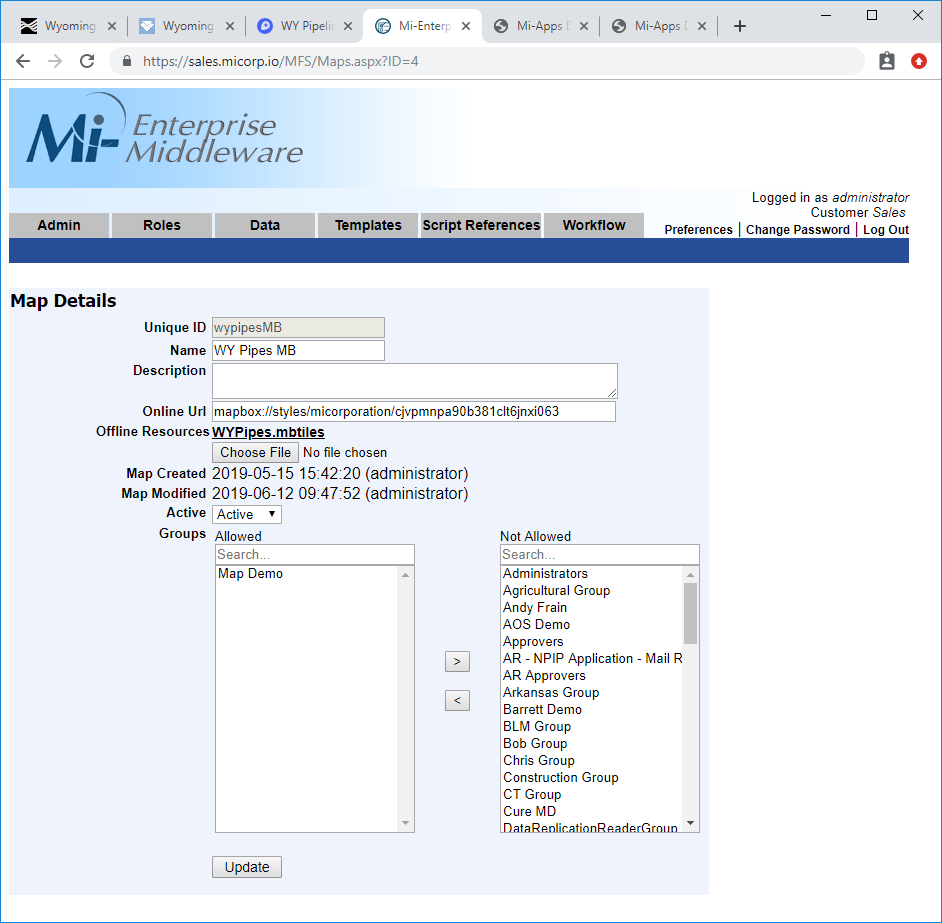 Once provisioned, the map can be added to any form within Nextgen Designer. In the form shown below, additional fields that will be used to capture data are also defined: 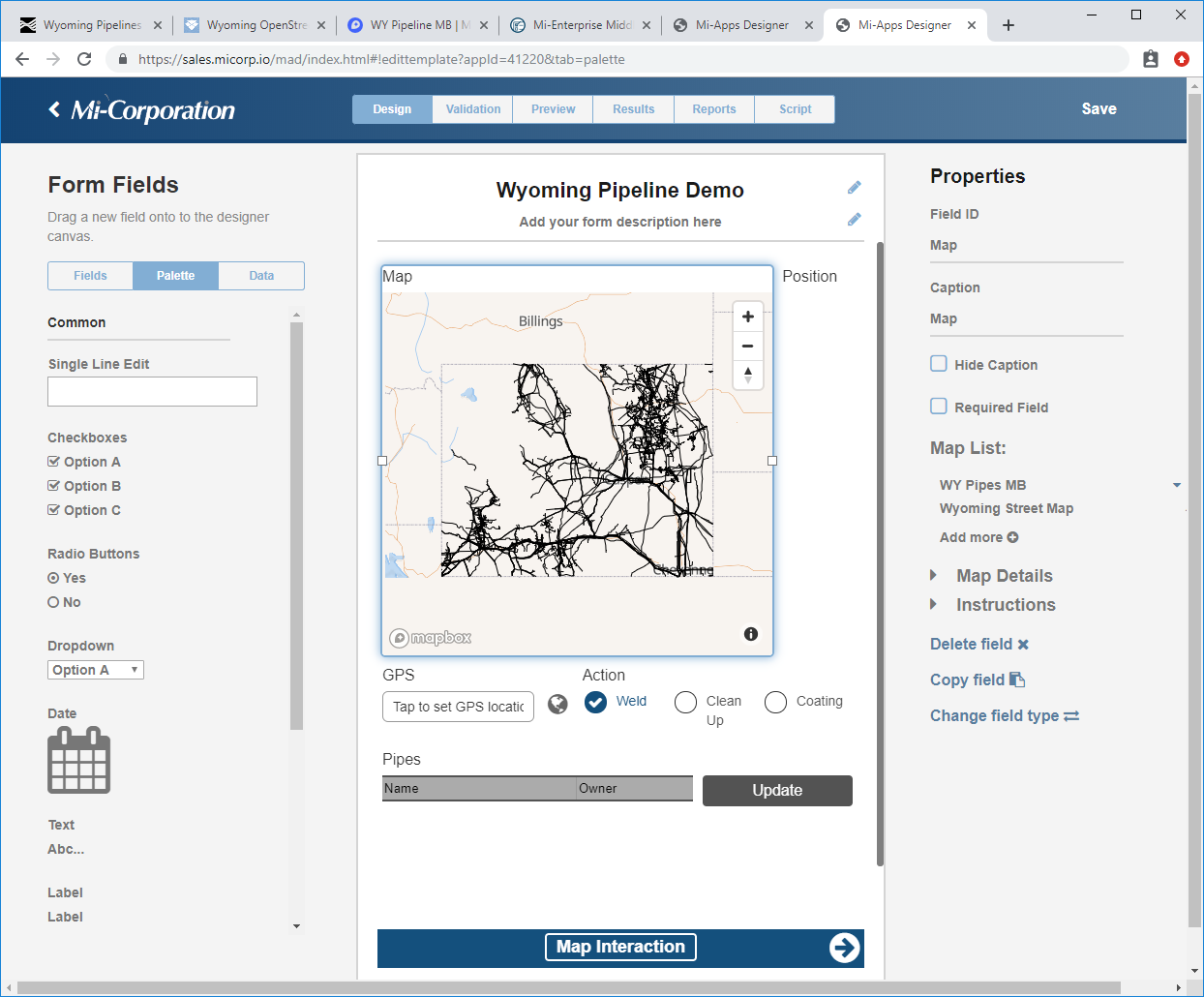 After the form is designed, it can be provisioned to a mobile device. Below, the form has been opened and the user has happed near a pipeline. This has selected the pipeline, turning it red and showing its details in the grid below the map. 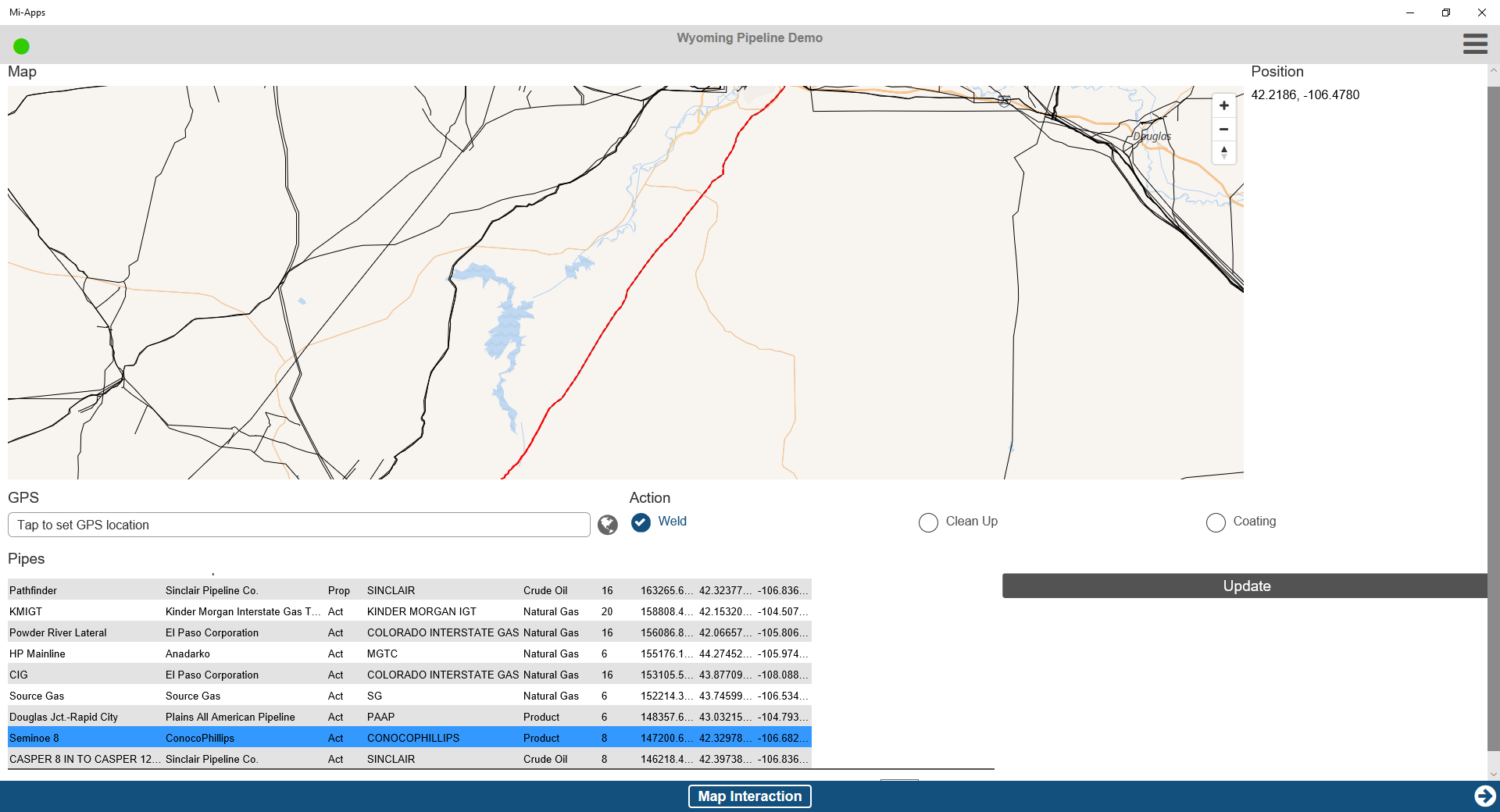 Once selected, the form allows the user to take a specific action on that pipe. In this case the actions they can choose are “Weld,” “Clean Up,” or “Coating”. When the user taps the “Update” button, the pipe’s status is changed and its coloring is updated: 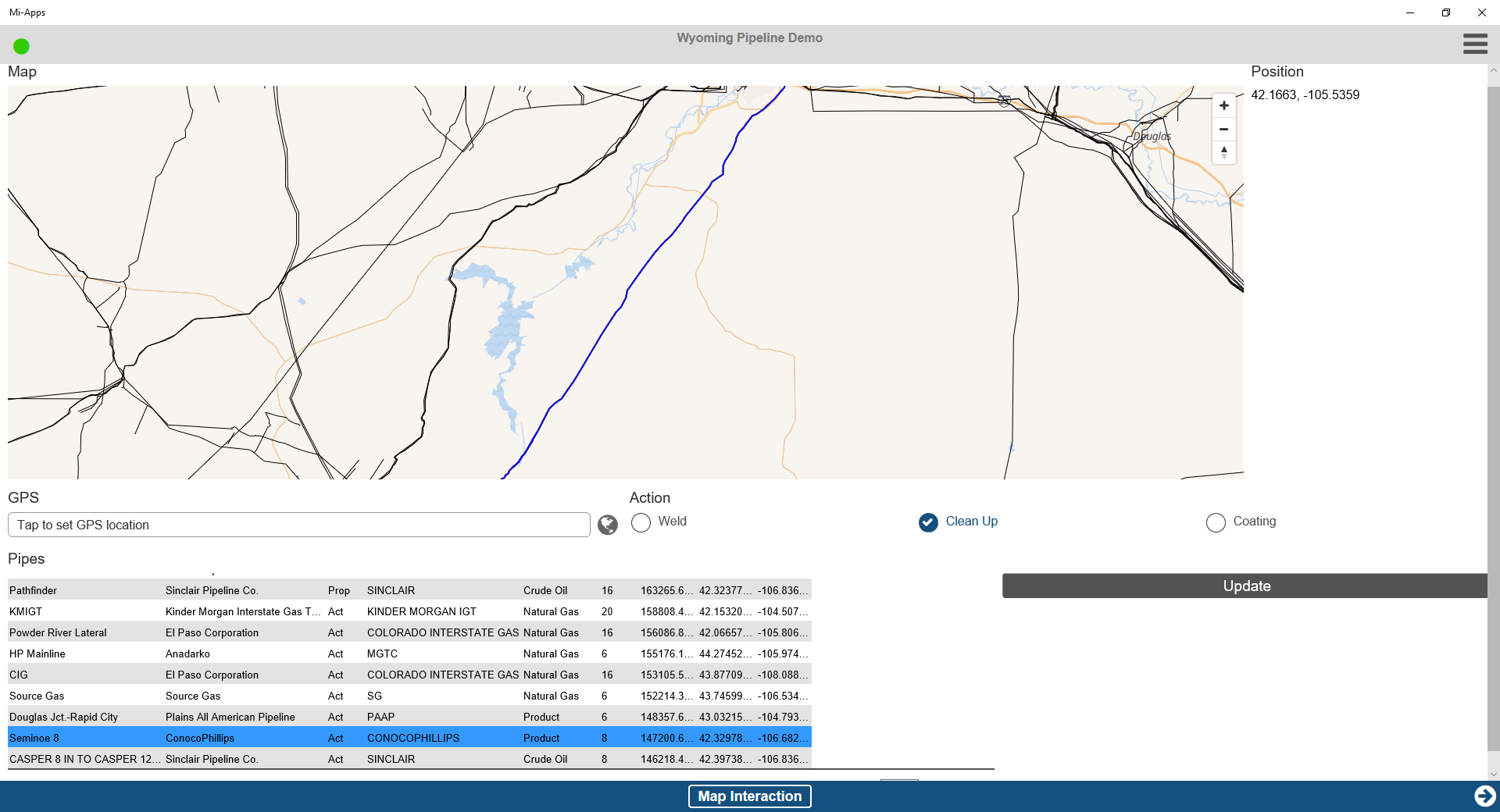 In another scenario, the user might want to know what pipe is closest to their GPS location. They can tap on the GPS field and the map is scrolled to their position, a marker is added to the map, and the closest pipe is selected: 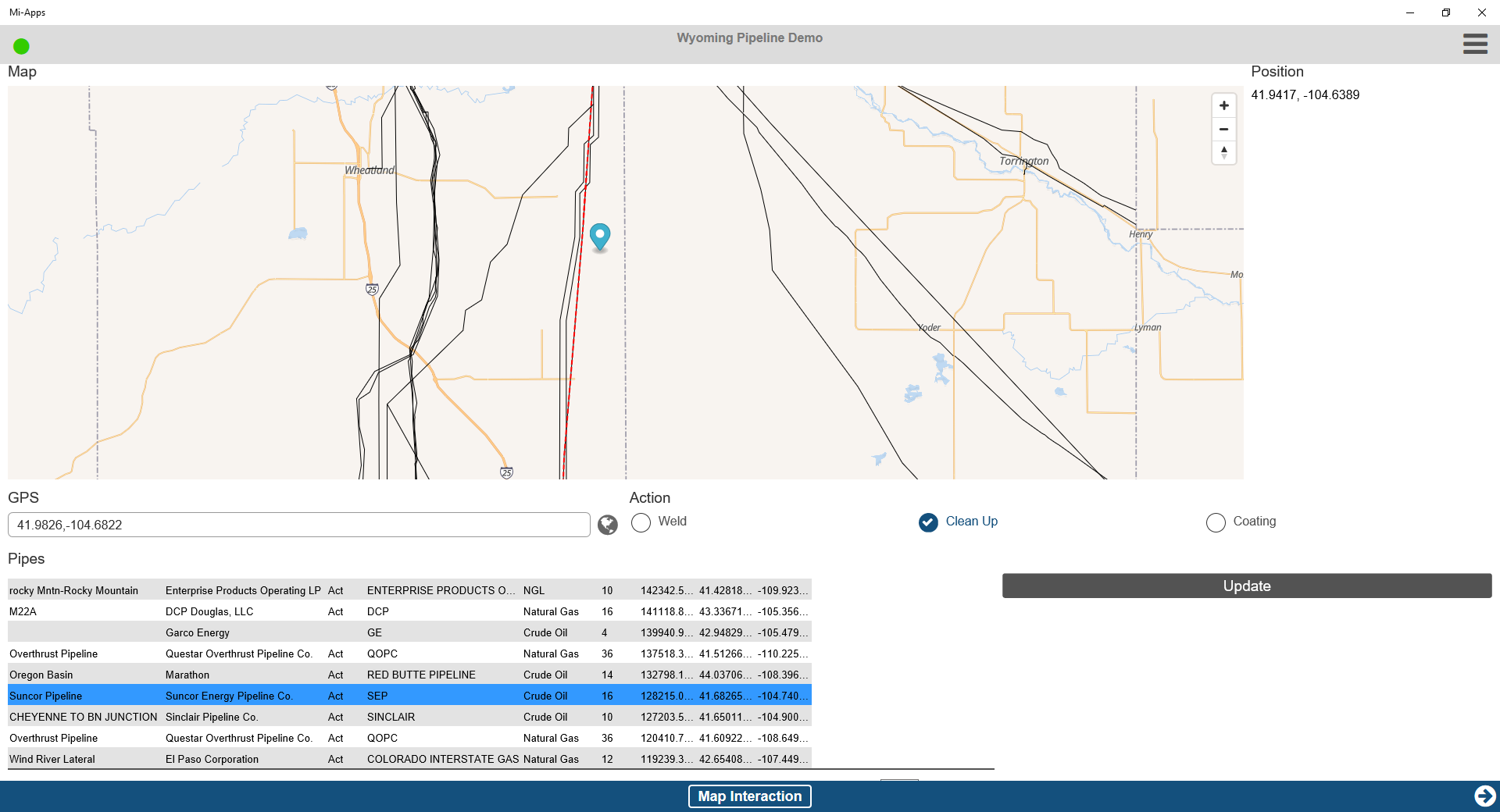 The user can perform another action on this pipe updating data stored in the form. Once the form is submitted, this data can be exported in whatever format is necessary. In this case, we’ve chosen GeoJSON as is shown below: 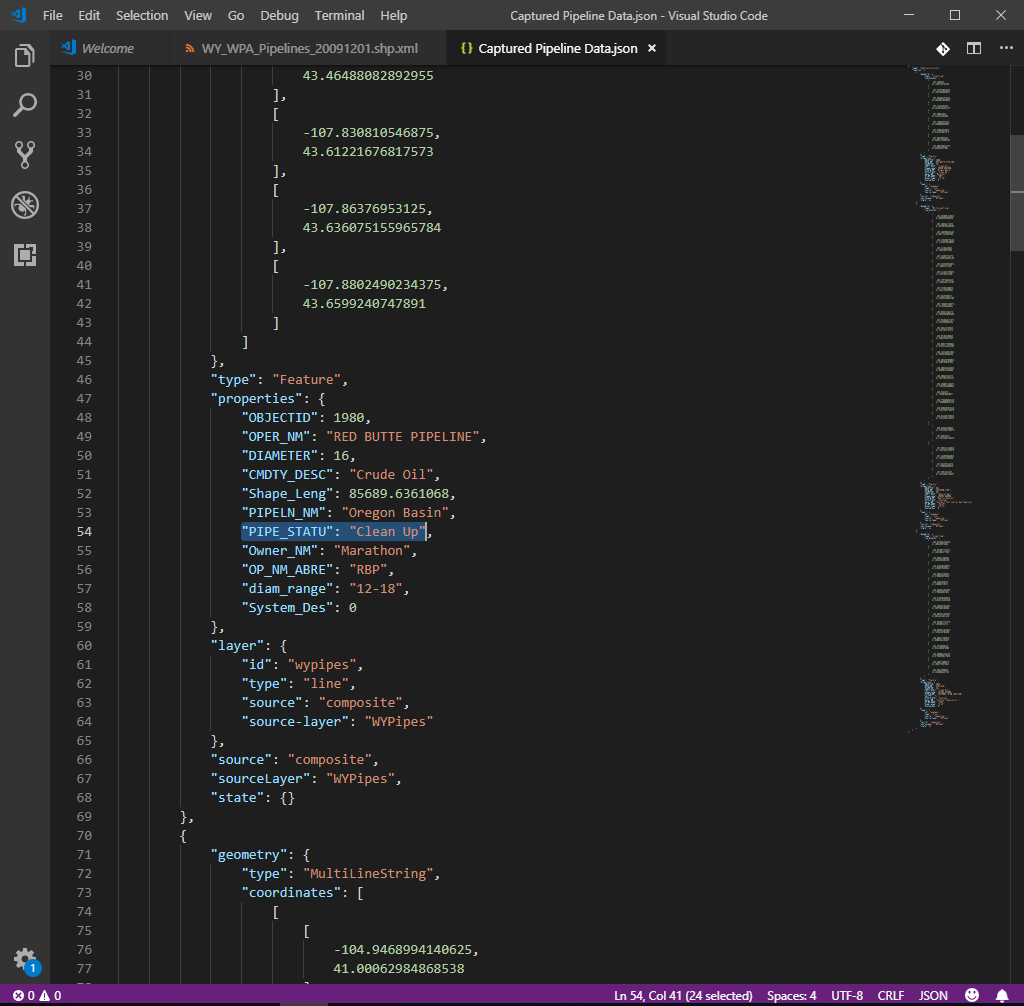 As you can see, we’ve created a form that’s suitable for a mobile device and that can be interacted with and updated. Map data updated during the process can be updated and exported to back end GIS systems in standard format.

If you’re interested in taking mapping with you into the field, please contact us and we’ll be sure to help you find your way.