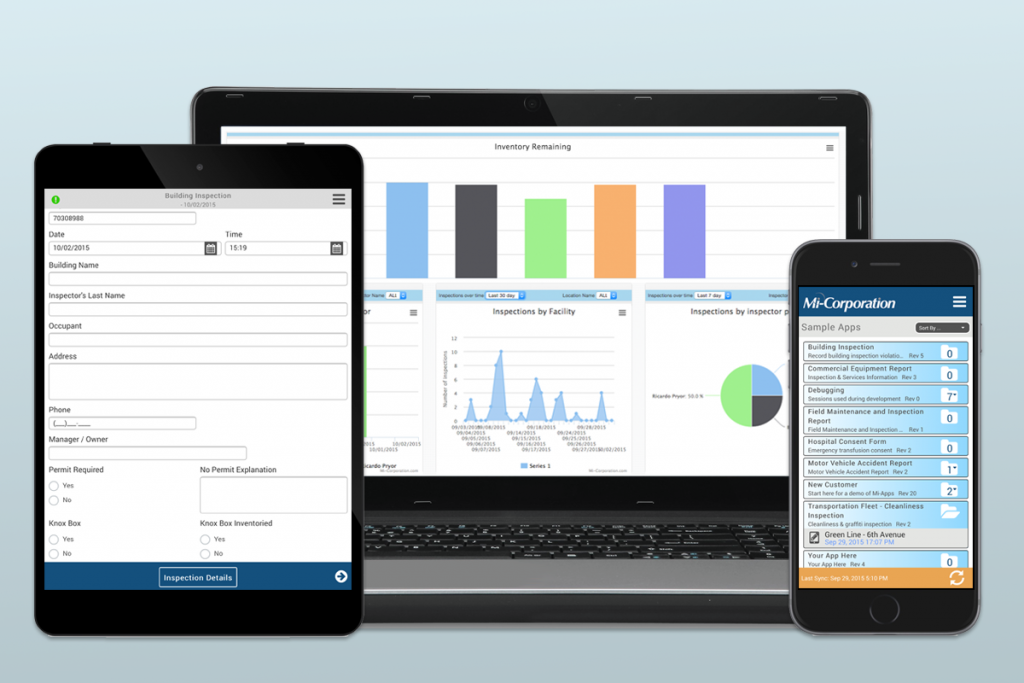 At Mi-Corporation, we have seen that replacing a paper-based process with a mobile app solution can produce results such as:

Given the prevalence of mobility and mobile apps in our personal and professional lives, organizations no longer need to be "sold" on the concept of replacing paper and clipboard processes with a mobile solution.

However, getting from Step A to Step Z is not as simple as it may appear, especially in the context of the highly complex B2E (business to employee) enterprise, which typically rely heavily on security, integration, user management and offline capabilities.

Interested in a step by step plan for a successful mobility project?

Check out 5 Steps to Becoming an Operations Superhero

The iceberg graphic below illustrates the complexity that is sometimes glossed over when considering mobile form software solutions. 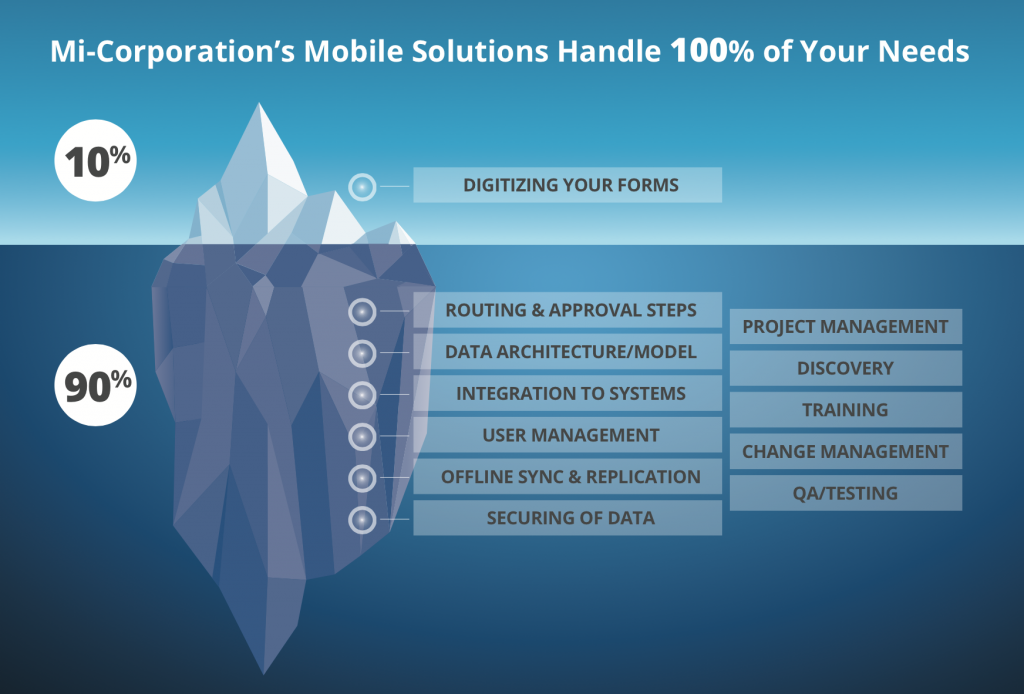 In our 15+ years of experience at Mi-Corporation, organizations repeatedly report that the #1 reason they struggle with mobile projects, or that their mobile projects have failed, is due to poor user adoption.

If you ask a field worker--who has been accustomed to their pen, paper and clipboard process for decades--to change what they are doing in the field, invariably resistance will follow. And if it takes any longer initially than the paper process, or causes any additional work to get up and running, more than likely their new tablet will become a nice brick or even a paper-weight.

There are many reasons for poor user adoption that include, but are not limited to: 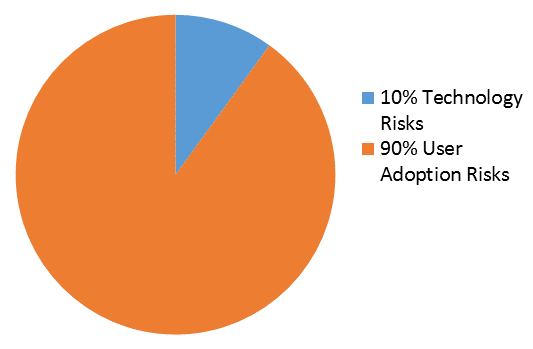 Presenting familiar, user-intuitive interfaces on iOS and Android, Mi-Apps will enable organizations to overcome user adoption hurdles with technology that makes users want to give up the clipboard and paper in a heartbeat!